My brief review of the past, present and future of the plastic surgery

My brief review of the past, present and future of the plastic surgery 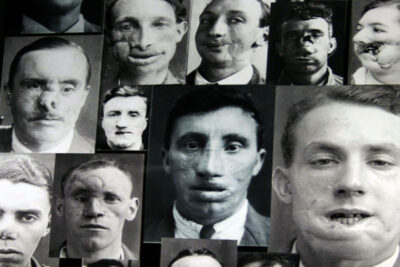 Cosmetic surgery is a practice that is showing a phenomenal growth over the past few decades thanks to innovative developments and increase in patient demand. However, one may wonder where did it all begin? In this blog, I am taking a look at the past and share some thoughts about the present and the future of aesthetics.

Although there are historic documents from ancient history to the Middle Ages showing some elements of aesthetic body work, the modern plastic surgery started to rise only in 20th century and as a result of necessity. That necessity is mainly attributed to the wars. The First World War saw a huge rise in the number of drastic facial injuries. Many wounded soldiers lived in fear of what their loved ones would say when they saw how badly disfigured they were. During this time, New Zealand-born surgeon Harold Gillies developed a new method of facial reconstructive surgery involving skin grafts and the pedicle, treating mostly soldiers who suffered facial injuries during the war. His work marked the dawn of plastic surgery as we know it today. Gillies had persuaded his medical chiefs that a dedicated hospital for facial injuries was required to meet the demand and such The Queen’s Hospital in Sidcup, England was established in 1917. It was the world’s first ever hospital dedicated to the treatment of facial injuries.

There were several other surgeons who pioneered new methods and surgical techniques throughout the 20th century, all of which have helped to advance the achievements in the industry.

Many historians believe that the growth of plastic surgery was possible thanks to the use of anesthesia to its full potential in the Western medicine, and significant improvement of hygiene standards as better technologies and hospital protocols were developed. Over the last 100 years, plastic surgeons and doctors have further explored and developed cosmetic surgery into the field that we know today with a plethora of new and state of the art treatments available to patients.

Today, the demand for cosmetic surgery is bigger than ever, and is worth a huge £3.6 billion in the UK alone as treatments have become more advanced, less invasive and more affordable. Demand has also increased as a result of greater accessibility and visibility of cosmetic surgery, especially in the media, as well as high profile celebrity endorsement.

People want to look and feel their best, and cosmetic surgery has started to be seen as a way to achieve this, delaying the ageing process and resulting in a youthful, rejuvenated appearance. People of all ages are now seeking cosmetic surgery, including older patients wanting to reduce visible wrinkles and loose skin, middle-aged patients wishing to delay the ageing process, and younger patients looking to accentuate features such as their lips and cheekbones.

Currently the most popular treatments include:

Lip filler – during an episode of Keeping Up with the Kardashians in 2015 where Kylie Jenner revealed she had lip fillers, there was a massive boom for the treatment, with one London clinic reporting a 70 per cent rise in enquiries during the following 24 hours. Lip filler treatment has since steadily increased
Botox – according to the American Society of Plastic Surgeons, botulinum toxin procedures have increased 28 per cent since 2010 amongst 20 to 29-year-olds, with the main aim to prevent visible signs of ageing. And it is not just women seeking this treatment – since 2000, the number of men getting Botox has increased by 337 per cent
Body contouring– body sculpting, which uses high intensity focused electromagnetic energy to eliminate fat cells and build muscle, has seen a huge increase in demand over the last couple of years, with a massive 450 per cent year-on-year growth
Breast augmentation – despite the increase in breast implant removal over the last couple of years, breast augmentation was on the rise in 2019, topping the surgical list with the highest year-on-year growth
Laser – laser treatments have seen a huge peak recently, with the Halo Laser and CO2 laser featured in RealSelf’s top five non-surgical treatments in 2019.

I think the current Covid 19 pandemic has elevated health and wellbeing to the forefront of many people. Not only have patient requirements changed, but the way in which they are viewed by practitioners has too. A holistic view of patient treatment and satisfaction is now vitally important, taking into consideration not only the patient’s suitability for treatment but also their mental health and lifestyle aspects. This move signifies a change from purely practical clinical procedures to a more patient focused approach in order to provide a well-rounded service. According to Dr Afshin Mosahebi, from University College London the aesthetic treatments have now gone multidimensional, involving analysis of social, mental, psychological and environmental factors around the patient before designing the treatment plan.

The future of the plastic surgery is looking very bright, according to some to be worth over £20billion by 2025. The industry will in my opinion be shaped by the following 3 important trends:
– Growth of individualized treatments involving analysis of a set of individual patient factors
– New technologies and innovative techniques will be pioneered to improve the quality of procedures even further, with some exciting developments such as artificial intelligence and 3D imagery, making treatments more personalised than ever before.
– Non-surgical treatments are expected to become increasingly popular over the next few years

Page load link
We use cookies to ensure that we give you the best experience on our website. Continued use of this site indicates that you accept this policy. Read more. Accept
Go to Top